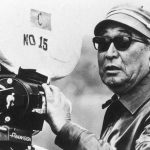 Preparing to pitch a Venture Capital? An interview for your dream job? Or simply trying to select the best pics for the holiday photo album? Removing all unnecessary elements may well be the most important step to creating a memorable story. Read what legendary filmmaker Akira Kurosawa has to say about it.

“No matter how much work the director, the assistant director, the cameraman or the lightning technicians put into a film, the audience never knows. What is necessary is to show them something that is complete and has no excess. When you are shooting, of course, you film only what you believe is necessary. But very often you realize only after having shot it that you didn’t need it after all. You don’t need what you don’t need.

Yet human nature wants to place value on things in direct proportion to the amount of labor that went into making them. In film editing, this natural inclination is the most dangerous of all attitudes.

The most important requirement for editing is objectivity. No matter how much difficulty you had in obtaining a particular shot, the audience will never know. If it is not interesting, it simply isn’t interesting. You may have been full of enthusiasm during the filming of a particular shot, but if that enthusiasm doesn’t show on the screen, you must be objective enough to cut it.”

Quotes taken from Kurosawa, Akira. Something Like an Autobiography. Translated by Audie E. Bock, 1983.

The four essential building blocks to create the perfect pitch

The Beautiful, Unexpected Gift Every Pitch Should Offer

Why hasn’t this been done before

Value in time of a pandemic

Why investors are not funding your startup

Ditch the pitch? Not an option